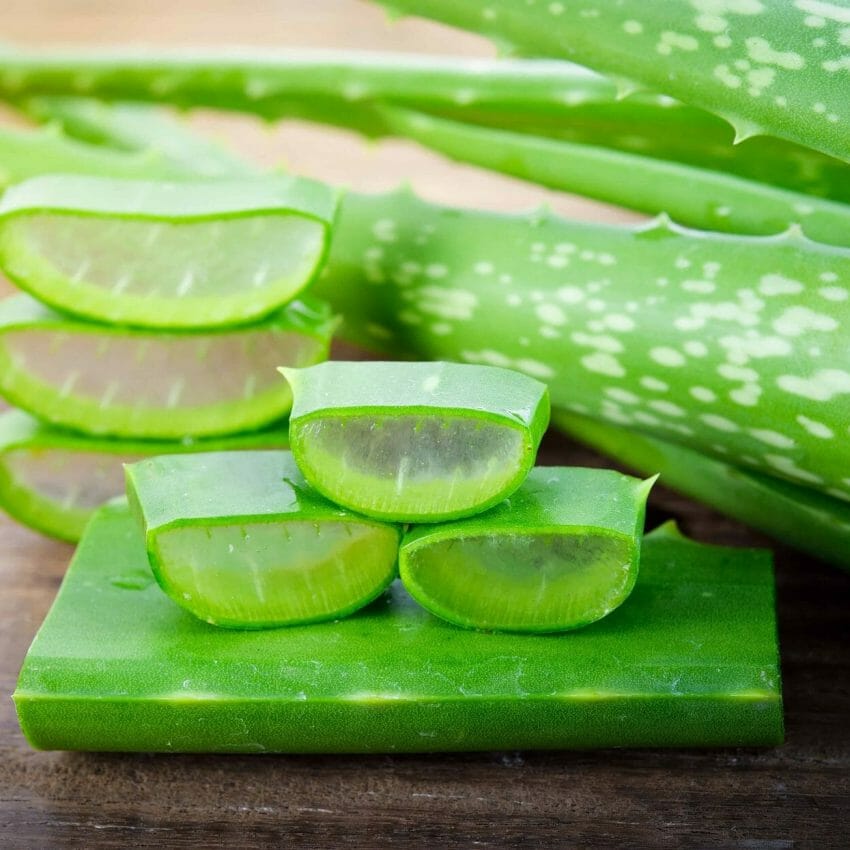 It is documented that kathalai, the term used in Ayurvedic medicine, was used in 16th century BC. It appeared in Natural History written by Roman naturalist, and natural philosopher, Pliny the Elder, and in De Materia Medica by Greek botanist, pharmacologist and physician, Pedanius Dioscorides.

This herbal medicine is a succulent plant species.  Most of the researchers state that it probably originated from northern Africa. The first who described the species was Carl Linnaeus in 1753. Carl Linnaeus was a Swedish botanist, zoologist and physician known as the one who founded the modern scheme of binomial nomenclature and as a father of modern taxonomy. After Linnaeus, two other scientists, Nicolaas Laurens Burman and Philip Miller described the plant.

Aloe Vera is a short-stemmed plant that can grow up to 100 centimeters tall. The green or gray-green leaves are thick and fleshy, sometimes showing white specks on the upper and lower stem surfaces. Most of the people recognize their small white teeth on the leaves. Flowers are produced in summer and they are up to 90 centimeters tall. 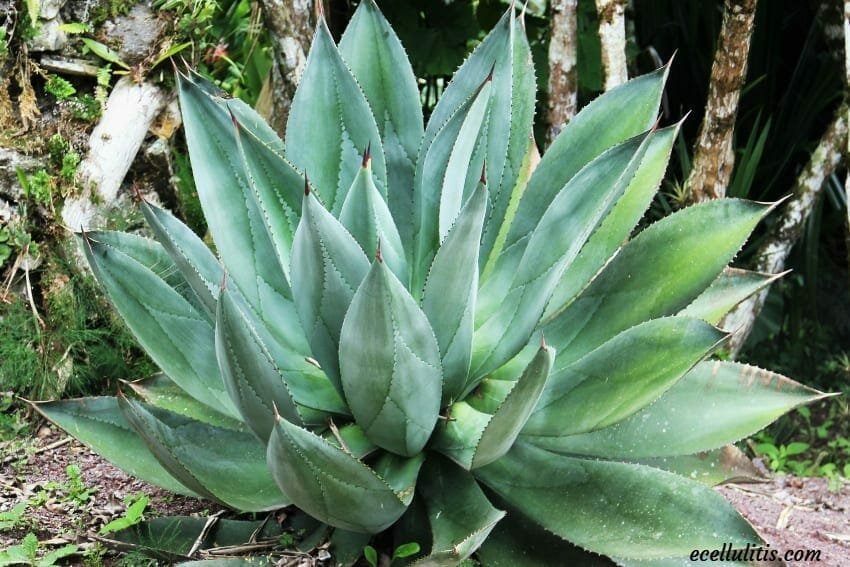 Aloe Vera is an excellent source of minerals and vitamins. It contains 20 minerals, of which the most important are copper, iron, sodium, calcium, zinc, potassium, chromium, magnesium, and manganese, and vitamins A, B1, B2, B6, B12, C and E. Moreover, it has 18 amino acids and 200 active enzymes. These compounds have shown excellent results in treating various conditions and diseases, both in an external and internal application.

The most important thing about aloe vera is its anti-inflammatory properties. It can slow down the inflammation because of the fatty acids, or stop the inflammation entirely due to the injury or some immune system problems.

Due to its anti-bacterial and anti-fungal properties, aloe vera is a very lucrative remedy for skin injuries and infections. Its ability to treat scars, burns and cuts is very efficient, and it has been used to treat these problems for centuries.

Being an antioxidant, it is a great immune system protector against the free radicals. It can also help the body to rejuvenate. It is known that Aloe Vera is a cellular regenerator and that improves digestion. The compounds found in juice are good laxatives that can help with various conditions.

Aloe Vera Juice for Your Health

Drinking juice of aloe vera on a daily bases protects your body and enhance the defense system. This daily ritual keeps your body at the optimum level, but, on the other hand, also improves the protection against any oxidative stress. While drinking the juice, your body also receives a significant number of amino acids and important minerals.

One of the significant advantages of aloe vera is the ability to protect teeth and strengthens gums. On the other hand, usage of aloe vera juice externally relieves arthritis, burns, cuts and insect bites.

These days more and more cosmetic industries include aloe vera in their products due to its ability to treat dandruff and lice. In ancient times, doctors used aloe vera juice to treat cold, flues, stuffy noses, bronchitis and other respiratory disorders.

This juice also became a powerful tonic for women; it can help in the rejuvenating uterus and has a calming effect on the reproductive system in general.

When taking aloe vera juice, one must always start with a low dose and monitor one’s body in case of any undesirable side effects, for instance, intestinal cramping. 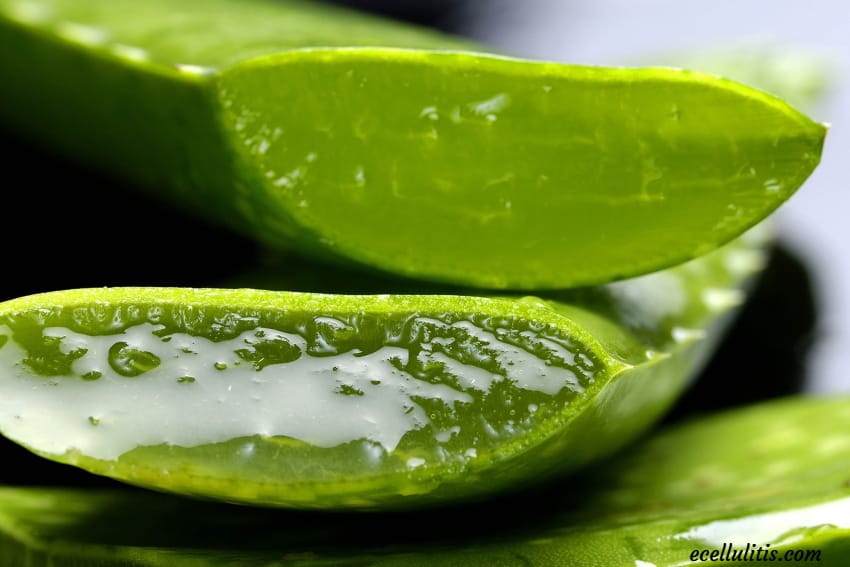 Diabetes is a widespread medical condition, and by now, nature has offered many remedies for its treatment and control.

Several studies showed the anti-diabetic properties of the inner gel of this plant. These studies showed that aloe vera juice improves blood glucose levels and decreases blood lipids. Another important fact was concluded: aloe vera juice can reduce swelling of joints and heal the wound injuries faster; thus, aloe vera can help with common complications caused by diabetes, which is leg wounds and ulcers. These researches found out that all these benefits of aloe vera came from the compounds such as lectins, mannans and anthraquinones.

Polysaccharides and glycoprotein in aloe vera are believed to be very helpful in treating diabetes as well; they help the body use glucose effectively and remove excess from the blood.

As an antioxidant, aloe vera stimulates the production of insulin and improves vascular health. 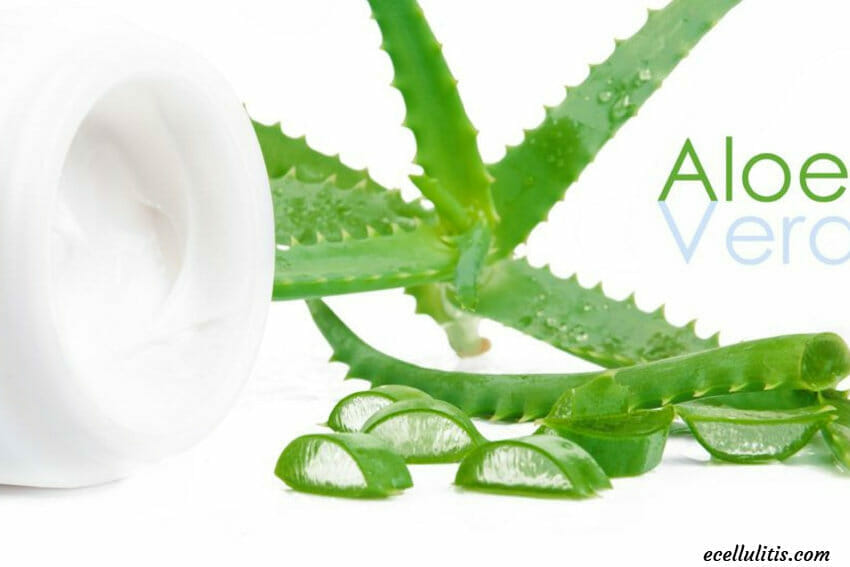 Aloe Vera is the best natural solution for skin treatment. Various studies showed that aloe vera has several properties that are beneficial for skin, especially in treating acne, burns, scalp problems, and minor skin infections. This is all possible due to the compounds called lectins, polysaccharides and anthraquinones. These compounds are very beneficial and great moisturizers.

When applied on the face, aloe vera prevents skin from drying and provides oxygen to cells that strengthen the skin tissue. The vitamins that aloe vera contains can also help us fight with the problems of skin aging. Vitamin C and E improve skin hydration, elasticity and natural firmness.

Our skin is an important protective organ, but it is also very vulnerable.  Due to weight changes, or pregnancy, certain stretch marks may appear on our body. Aloe vera helps with healing these marks as well.

Excessive intake of aloe vera may cause diarrhea, kidney dysfunction, and electrolyte imbalance and drug interaction.

When applied externally, it may cause dermatitis and phototoxicity.

Any usage of aloe vera without medical approval and recommendation is not advisable.