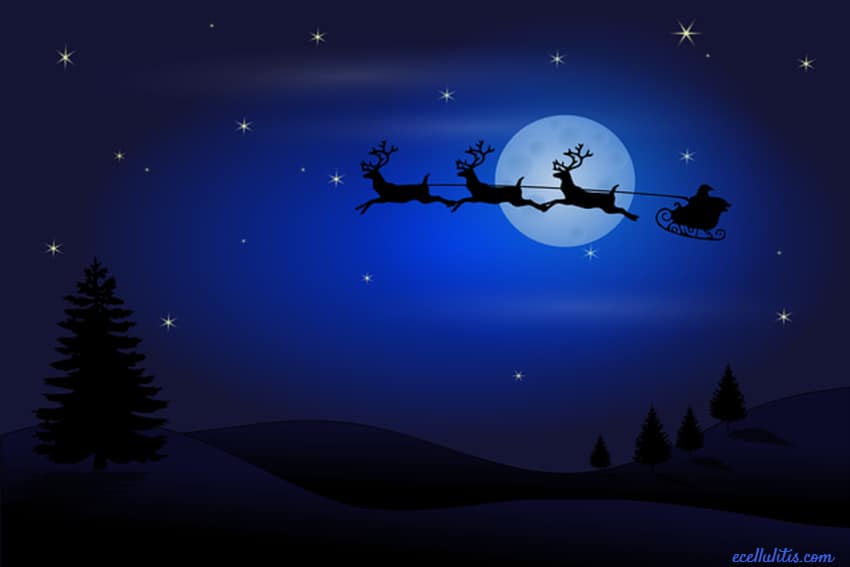 The Roots of Christmas

This is something that should not surprise us; the Christian church (Pope Julius I) disapproved of the pagans celebrations and it declared December 25th as Christ’s day of birth. However, no one knows the precise day when Christ was born (no evidence whatsoever about his birth).

Interestingly, most historians believe that Christ was born in spring. It is also fascinating that this date (December 25th) coincides with the pagan festival known as Saturnalia. Christmas also has roots in festivals such as the Kalends and Deus Sol Invictus.

According to Tanya Gulevich, who wrote Encyclopedia of Christmas (2000), the Germans were the first who made the Christmas tree using dyed goose feathers. Other sources say that even before the arrival of Christianity, the Germans decorated evergreen trees to brighten the dark days of the winter solstice. 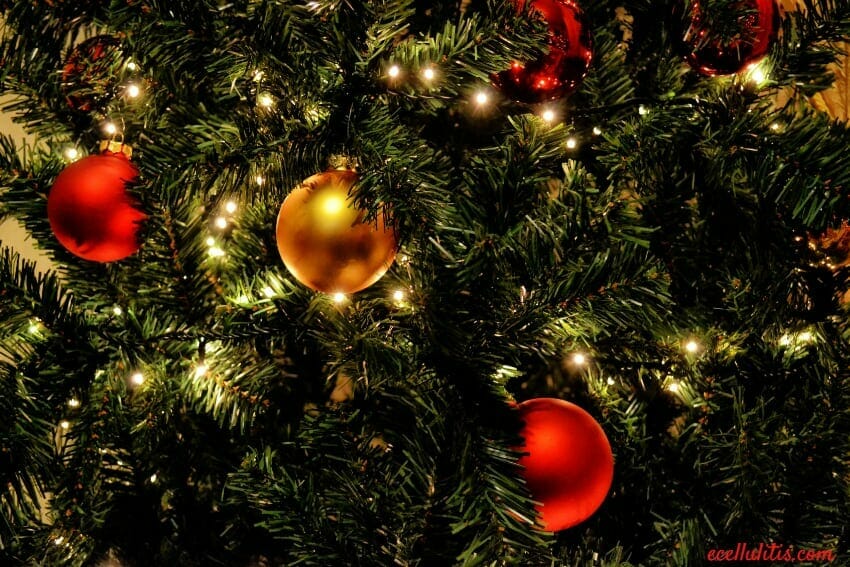 Evergreen trees represented all the plant life that would return in the spring.  As for the history of evergreens, they have been symbols of eternal life and rebirth that pagans worshiped, which eventually was adopted by Christianity.

The first tree appeared in Strasbourg in the 17th century. When Queen Victoria married Germany’s Prince Albert in 1840., the tradition spread to England.

With German immigrants, the tradition spread to Pennsylvania in the 1820s. In 1848 the first American newspapers ran a picture of the royal Christmas tree and Americans outside Pennsylvania followed the tradition.

As for the decoration, it is said that apples were the first decorations used for the Christmas tree, and the tree itself represented the tree of life. In time, apples were replaced with other fruits (pears) and then ornaments that we know today. Medieval actors used apples to decorate the ”paradise” tree during “Paradise Plays” that depicted Adam’s and Eve’s creation and fall.

According to other sources (Encyclopedia of Christmas), Martin Luther was the first person to decorate the tree with candles to share the beauty with his children.

The History of Mistletoe

Celtic and Teutonic legends describe mistletoe as magical – it can heal wounds, increase fertility, bring good luck and ward off evil spirits. One of the famous plants in the world has many more secrets as well. The word “Mistletoe” is a compound noun from old German for “Dung” and “Branch”. According to Norse mythology, mistletoe is used as a material for a weapon (arrow or a sword). Tricked by Loki, Höðr brutally killed his brother Baldr using this weapon.

On the other hand, the tradition of kissing under mistletoe didn’t start until the Victorian era. Druids, for instance, cherished and considered mistletoe sacred because the plant remains green and bears fruit during winter. Others say that kissing under the mistletoe is thought to spring from the Norse goddess of love, Frigga, who is associated with this plant.

The Birth of Santa Claus 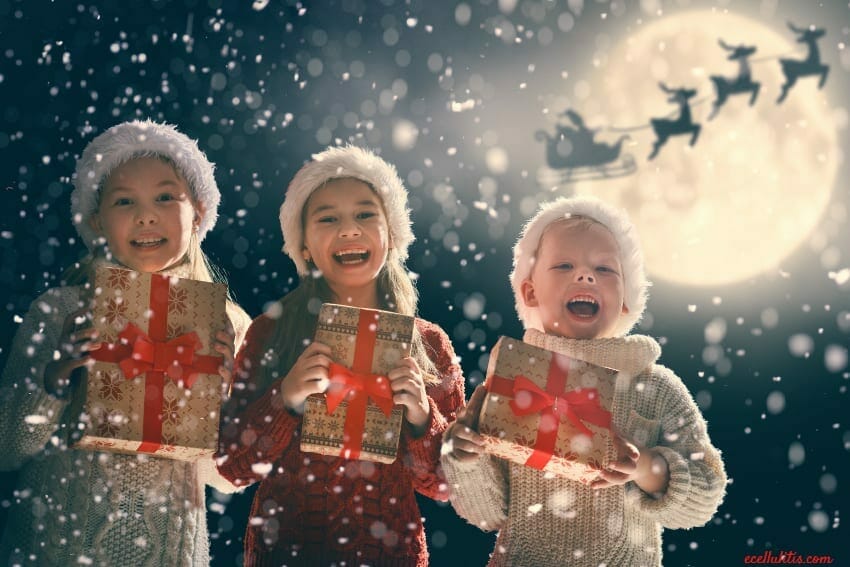 In Grossman’s Christmas Curiosities: Odd, Dark and Forgotten Christmas (2008), one can find the history of the worlds’ most popular non-Biblical saint. According to his resources, Santa Claus is based on a real person, that is, St. Nikolas of Myra (also known as Nikolaos the Wonderworker, Bishop Saint Nicholas of Smyrna, and Nikolaos of Bari) who lived in the 4th century. He was born in Patara (now modern-day Turkey) and he is a patron saint of banking, pirating, butchery, sailing, thievery, orphans, paw broking, and royalty.

The Adventure of Rudolph the Red-Nosed Reindeer

As hilarious and awkward as it is, Rudolph started his “career” in advertising. A copywriter Robert L. May wanted to lure shoppers into the Montgomery Ward department store, so he created the merry misfit, Rudolph, in 1939. So the truth is that Rudolph has been just a promotional tool before he became a hit song in 1949.

The mystery of Santa’s flying in a sleigh

The Jingle Bells from Space

The song was written in the 1850s by James Lord Pierpont, and it was originally a Thanksgiving song, but ended up being a Christmas song, and the first song to be broadcasted from space, ever.

In 1965 two astronauts played Jingle Bells after reporting having spotted something in space they could not identify. “We have an object, looks like a satellite going from north to south, probably in polar orbit…. Looks like it might be going to re-enter soon…. I see a command module and eight smaller modules in front. The pilot of the command module is wearing a red suit.”

However, people at mission control did not pay much attention to the red suit; thus two astronauts became the most festive astronauts ever.

The tradition of Christmas all around the world

If you are familiar with what has been described above, surely then the most unusual customs and traditions that would interest you are yet to come. Christmas is the most celebrated holiday in the world. The countries and people have different traditions and understandings when it comes to celebrating. 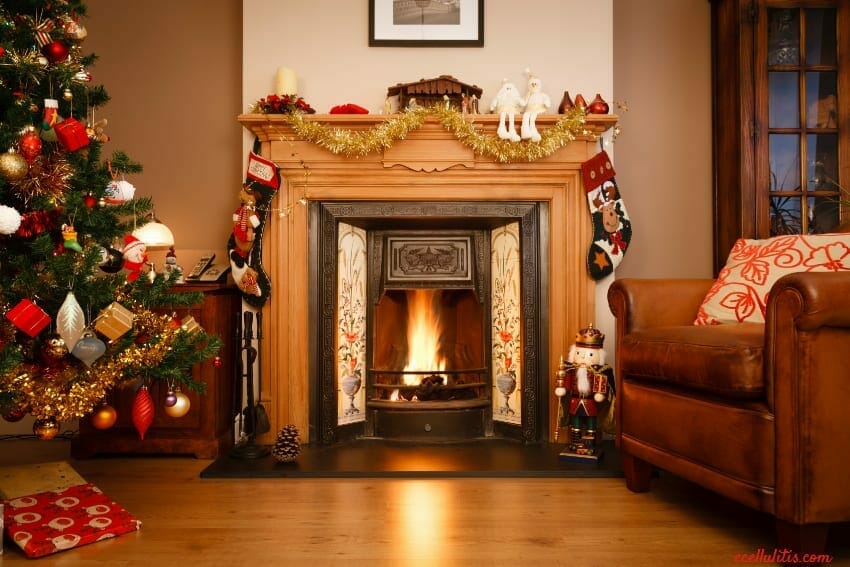 For instance, in Portugal, Christmas is a holiday for both the living and the dead. In Greece, some believe that goblins run wild during the 12 days of Christmas.

In the Czech Republic, there is a tradition for all single people who do not want to be single anymore. On Christmas day, those who wish to find their life partners, stand with a back to the door and throw a shoe over a shoulder. If the shoe lands with the toe pointing to the door, the person will get married soon, although no particular time before one gets married is determined.

Traditionally dressed, Bavarian highlanders fire valleys with their handheld mortars to salute the Christmas Holidays. The tradition takes place in the village of Schöenau, in southern Germany. In Italy, on the other hand, an ugly broomstick witch parades the streets of Urbania, bringing the gifts to children. This parade is during the festival of Epiphany and her name is “La Befana”.

As you can see, Christmas is not all about spending time with family and giving presents. It also brings different customs and traditions in different countries.

If you, however, spend your Christmas time with your family, I hope this article can bring some interesting conversations.