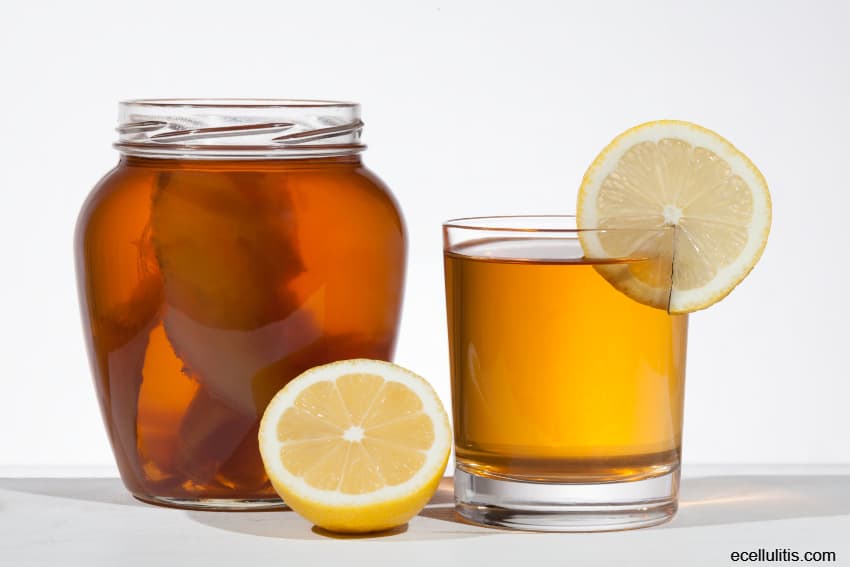 “Tea Fungus” or “T’Chai from the Sea”, a delicious healing and detoxifying drink, a skin tonic, and a sweet immunity booster, even today intrigues with its health benefits and powers.

Although referred to as a mushroom, Kombucha is a symbiotic culture of yeast and bacteria. This “SCOBY” (an acronym for Symbiotic Colony of Bacteria and Yeast) comprise a genus of acetic acid bacteria and different yeasts. For instance, Zygosaccharomyces bailii, Candida stellata, Torulaspora delbrueckii, Saccharomyces cerevisiae, and Brettanomyces bruxellensi.

The principal yeast is the tropical Schizo saccharomyces pombe. The same way it contains different yeasts, it can be produced from various bacteria. The most common bacteria are Gluconacetobacter xylinus, which ferments the alcohol produced by the yeasts into acetic acid.

Due to this fermentation, the level of alcohol is limited by the level of acidity. This particular bacterium is also responsible for the production of microbial cellulose.

The word kombucha first appeared in 1995, probably derived from the Japanese word kombu, which is “kelp tea”, a beverage made from edible kelp from the Laminariaceae family.

Kombucha is originally from Manchuria and Northern China. It first spread to Russia and India, and later to the rest of the world, Germany is one of the first countries that introduced Kombucha to the rest of Europe.

Kombucha was a very popular subject of scientific research in Russia after World War II. Some of the first assumptions of Kombucha’s immune and detoxifying benefits were made in this researches. It is documented that samurai warriors used Kombucha tea and sugar to top cultures in the field.

Kombucha was and still is used to make artificial leather. 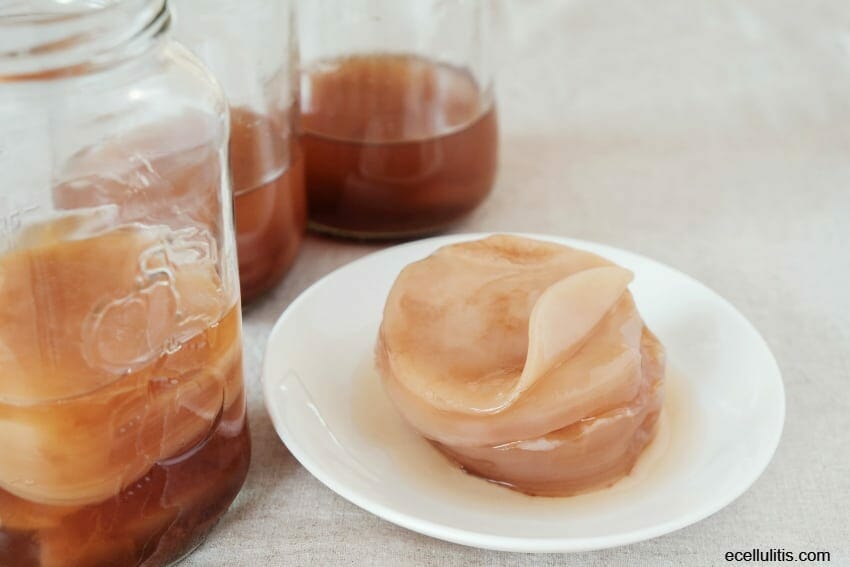 Due to the different types of yeasts and bacteria, Kombucha is rich in vitamin C and B complex, organic acid, amino acids, polyphones, and active enzymes.

The first highly recognized benefit of drinking Kombucha would be in the improvement of skin elasticity, color and tone. Whether one uses it as a tonic, crème, or as a drink, kombucha acts as a moisturizer. It has been used in the treatments for: acne, eczema, rashes, warts, wrinkles, scars, freckles, psoriasis, tropical ulcers and the Athlete’s foot.

Nowadays, Kombucha is used in the cosmetic industry due to its hair and nail benefits.

The particular benefit of glucuronic acid is seen in binding toxins in the liver. Kombucha can effectively cope with heavy metal poisoning, and the poisons like herbicides, pesticides, resins, and plastics. GA can also help in building blocks for connective tissue, stomach lining and cartilage.

It is also very beneficial for digestion.

Kombucha can combat depression, and since depression is closely linked to sleeping disorders, it can fight insomnia as well.

Some people reported that Kombucha helped in fighting stress and mood changes, although some experienced Kombucha as a drink that helped them stay awake.

Kombucha can increase energy and reduce muscle pain and fatigue. It is reported to have high power as an after-work-out drink because it can help get more nutrition from the food and help the digestive system.

Kombucha has been used in treating diabetes, high blood pressure, osteoarthritis, headache, nausea, constipation, hemorrhoids, and cancer, although no researches can confirm these uses and benefits.

How To Make Kombucha Tea?

Kombucha is made by placing it in a sweetened tea, usually black, but green and white tea is possible as well. Sugar is necessary for the fermentation; thus, it is important not to use any artificial sweetener. One can use brown sugar, refined white sugar, and pasteurized honey.

The taste of Kombucha usually reminds of light white wine, apple cider vinegar, or champagne. The taste depends on the fermentation time, type of sugar and tea, thus some people experience sour, while other sweet taste. As for sugar usage, it is interesting to know that 97 percent of sugar is consumed. 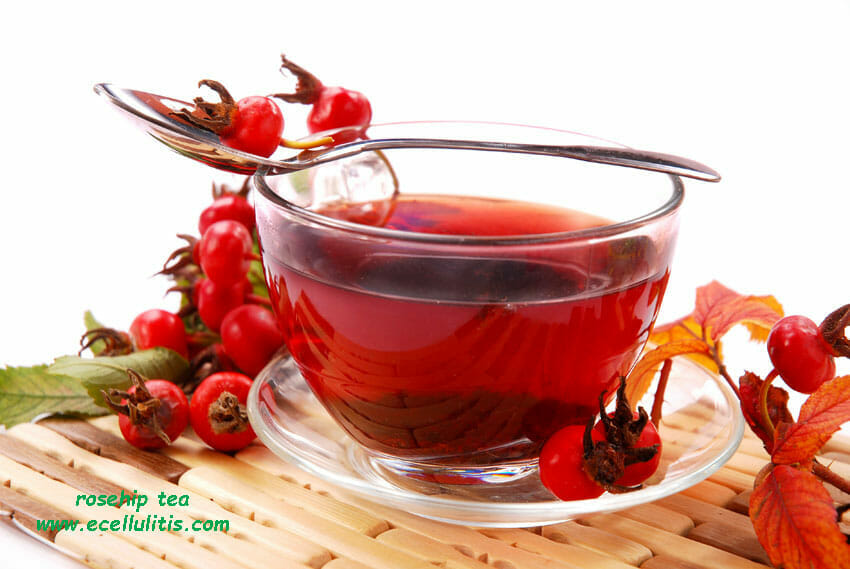 The starter mushroom usually sinks and a new thin skin starts to form on the top of the liquid. The brewing time does depend on the temperature and your taste. After 6-12 days, the new mushroom should be a centimeter thick and gray-peach colored.

Remove the mushroom from the top and bottle your brew. You should also keep some of the brews for a starter. Stir up the sediment that formed at the bottom of the bowl. This sediment contains yeasts. After that, you can pour it in a glass bottle.

If you want to build up enough pressure to make a fizz, you need to wait for another two days. The longer the liquid is left in the bowl, the sourer it becomes.

When making this tea, there is no need for additional ingredients like vitamins, fresh or dried fruit, oxygen drops, coffee, or preservatives.

Some herbs can improve the taste of the tea, such as raspberry, nettle, rosehip, hibiscus, and elderflower.

First, you need to boil the water and sugar. After that, you add leaves that need to sit for at least ten minutes. When the tea is at room temperature, you can pour it into the brewing bowl and add the mushroom and the starter.

Remember that if the temperature of the tea is above 35˚C, you can kill the starter.

Cover the bowl with a clean cloth, put it in a quiet, dark place and leave it at a stable temperature between 23˚C and 30˚C. The bowl should be made from either glass, enamel, or glazed terracotta, do not use metal crystal or plastic.

It is important to remember that Kombucha can become infected with other microorganisms. Also, the mold can be formed in the culture due to the sunlight, cigarette smoke, poor hygiene, and insufficient air.

Do be cautious when drinking Kombucha tea and listen to your body; exaggerating with Kombucha can be contra-productive.