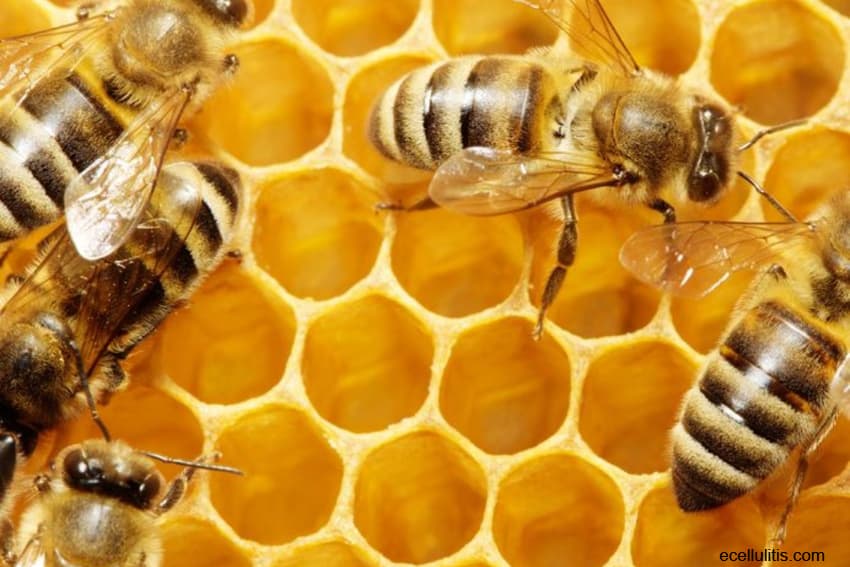 The history and the theory of culture can tell us how important the bees were and still are. For instance, in ancient Greece when a person was eloquent or had the ability to predict future events, it was custom to say that his or her lips were anointed with honey. Moreover, the priestess in the famous Delphi oracle of Apollo was called “Delphic Bee”.

Many philosophers and politicians in ancient times often used the “principle” of community organization, hierarchy, and the working atmosphere of the bee hives as a model for human society. Some of those famous scholars were Aristotle, Plato, and Seneca. Erasmus, Shakespeare, Tolstoy, and Marx also perceived bees as an example and model for humans.

What is Royal Jelly actually? 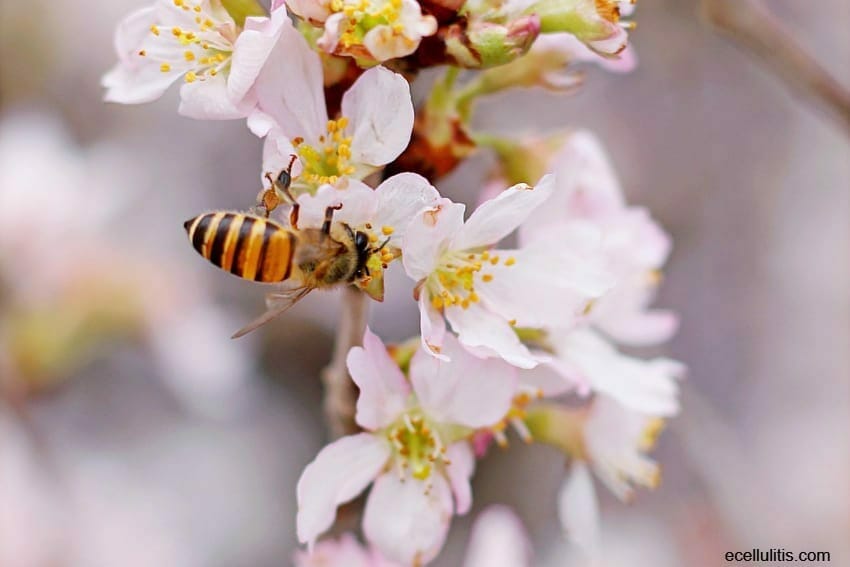 There are 20.000 species of bees around the world. Honeybees are the only extant members of the tribe Apini, from the genus Apis, and they are the only true specie that produces and store honey. The bees gather the nectar and sweet deposits from plants, and trees, and store them in the honeycombs as a food. Honey is the complex substance made from this storage.

The mother of all bees is the Queen Bee, which is one of the workers’ bees, developed in 16 days in order to make a colony. She has a different morphology and greater size and is able to produce up to 2.000 eggs per day.  Given the fact that she is the mother of the colony, she needs to be strong and fertile.

The royal jelly is a secretion produced for the nutrition of queens and for larvae that would become the next queen. When bees decide to make a new queen, they choose several larvae and feed them with royal jelly in specially constructed cells for queens.

Royal jelly contains B-complex vitamins such as vitamin B5 and vitamin B6 and a trace amount of vitamin C.  It is important that royal jelly also has fatty acids, amino acids, a simple sugar (monosaccharide), proteins, traces of minerals, and some enzymes.

Antibacterial and antibiotic compounds are also part of the royal jelly structure.

After many researches, it was concluded that royal jelly has about 185 organic compounds. The most important protein is the one called royalactin that causes larvae to become queens.

For ages, royal jelly was famous as a remedy for many skin infections and treatments in folklore medicine. On the other hand, the popularity came with the belief that royal jelly has anti-aging properties due to its vitamins, minerals and amino acids.

Common usage of jelly was also those related to fertility and body weights. Today, royal jelly is very famous for its usage in beauty products and skincare. Treating depression with royal jelly also gains popularity because of its ability to increase energy and stimulate metabolism.

Although royal jelly has century’s long utilization, many research studies are not yet confirmed. 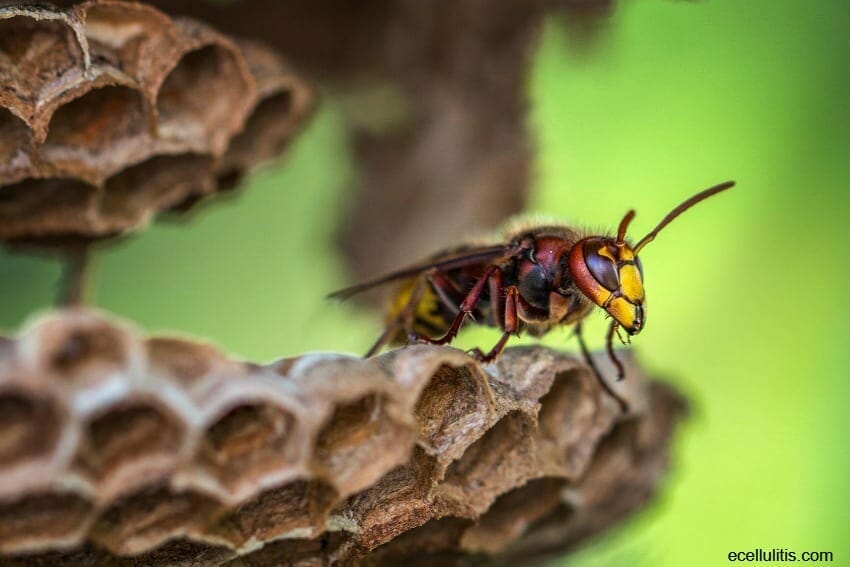 It is believed that royal jelly can treat or heal:

The enchantment of immune system stems from the fact that royal jelly has unique proteins. These proteins are significant for the production of the immune cells, and for combat different bacteria. It is important to mention that these proteins are also crucial for faster wound healing. The protein that is number one immunity booster protein is the one called royalisin.

According to the study conducted by Japanese researchers, royalisin gives the bees the ability to fight allergy and illness.

Royal jelly inhibits lipid peroxidation within the body so it can help your body burn fat faster. Although it is not entirely clear why royal jelly has the ability to help the body burn fat, it is suspected that the presence of a compound called 10-HDA is the reason. A decrease in lipid peroxidation helps the metabolism that, on the other hand, influence on lower cholesterol and triglycerides.

Although this is one of the myths related to the Queen Bee, it is confirmed by some research studies. Royal jelly seems to have an ability to change juvenile hormone. Moreover, the influence that royal jelly has an anti-aging due to the compound called elatin, can help with faster conception.

Due to the anti-depressive properties, royal jelly has a calming effect on nervous. Perhaps seen as an unusual characteristic of royal jelly, the science confirmed its usage in treating different emotional disorders.

Where you can find Royal Jelly? 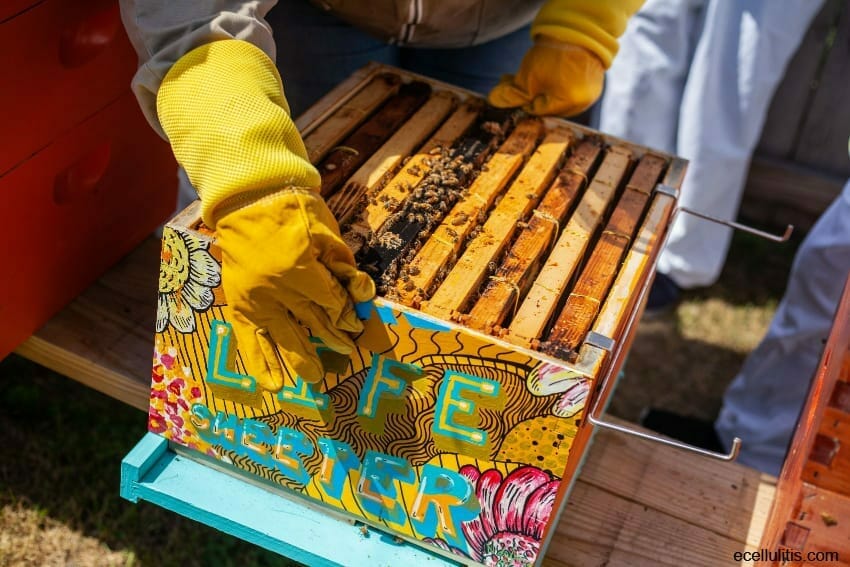 For 5-6 months, one well-managed hive can produce 500 grams of royal jelly. The producers scrape the jelly out of queen cups with a wooden spoon. After the collection, they must have immediate access to cold storage or refrigerator because jelly is perishable.

In order to extract one kilogram of royal jelly, 2000 queen cups have to be emptied at least.

Today, the most common form of royal jelly is as a supplement.