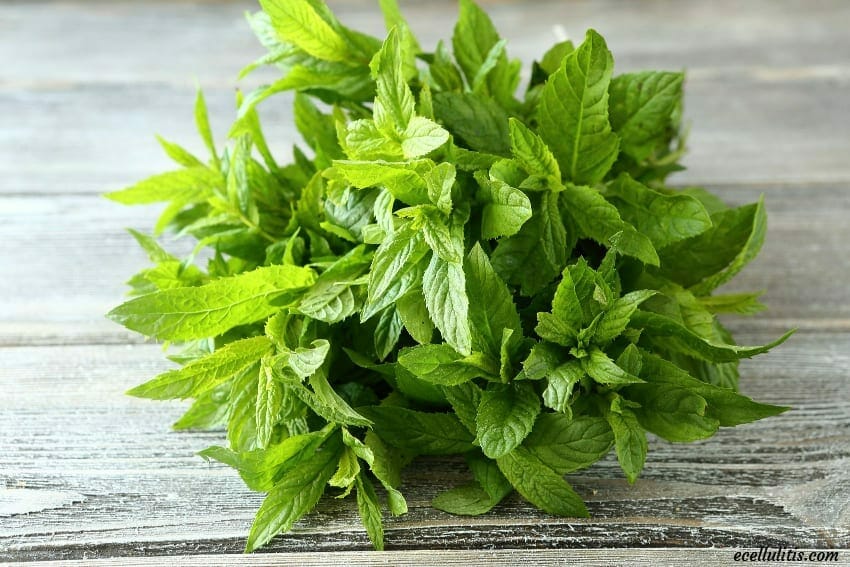 Once popular in Europe, peppermint is now spread all over the world. Famous for its taste and as a flavouring agent or herbal tea, peppermint was used as a remedy ten thousand years ago. In ancient Egypt, Greece, and Rome, peppermint was known as a remedy useful against skin infections, stomach pain and headaches. Scientists have found dried peppermint leaves in several Egyptian pyramids that dates back to 1.000 BC.

Peppermint is a hybrid, mint that is between water mint (Mentha aquatica) and spearmint (Mentha spicata). The first who described peppermint was a Swedish botanist, zoologist and physician, Carl Linnaeus in 1753.  He thought that peppermint was a species, but soon it became clear that it was not. 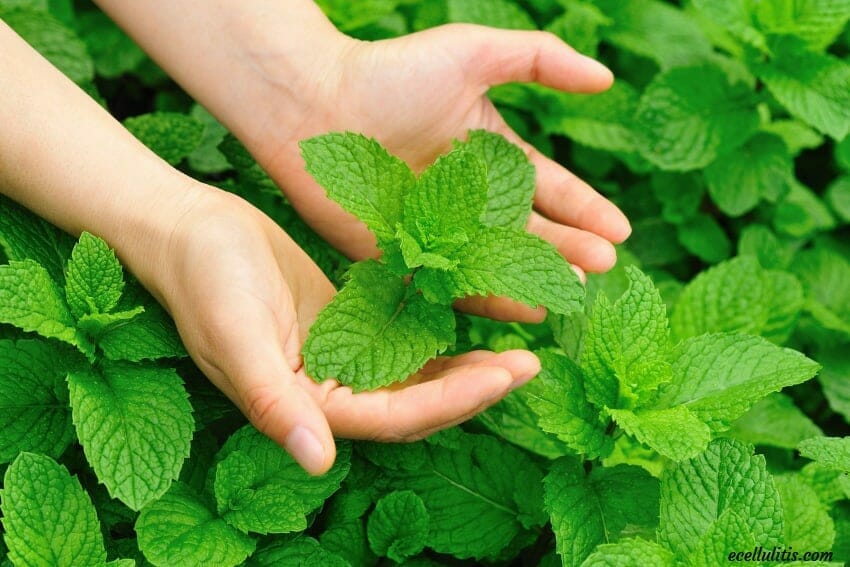 From mid to late summer, purple flowers with four-lobed corolla are produced around the stem. Peppermint is a plant that grows very fast, spreads very quickly and it can grow almost everywhere due to vegetative reproduction.

Peppermint is a rich nutrient plant. It’s nutrient value comes from many valuable minerals and vitamins it contains. The most important minerals are surely calcium, potassium, copper, iron, and manganese. As for the vitamins, it is rich with vitamin C, A and B2.

Peppermint has a high content of menthol. Dried peppermint has 0.3 to 0.4 percentage of volatile oil that contains menthol, menthone, methyl acetate and cineol.  In addition, it contains compounds such as limonene, pulegone, pinene, eucalyptol and caryophyllene.

Due to the menthol, peppermint is used in many skin care products; on the other hand, it is also used for flavouring ice cream, chewing gums and confectionary.  The most popular usage surely is in the cosmetic industry due to the cooling sensation of the peppermint once the receptors in the skin and mucosal tissue are activated.

The Benefits of Peppermint Tea

Although peppermint tea was used for centuries for the treatment of various conditions, not until recently have the peppermint tea gained official scientific approval. Due to its ability to relieve the headache and stomach pain, once popular folk medicine, today is present in official medicine. 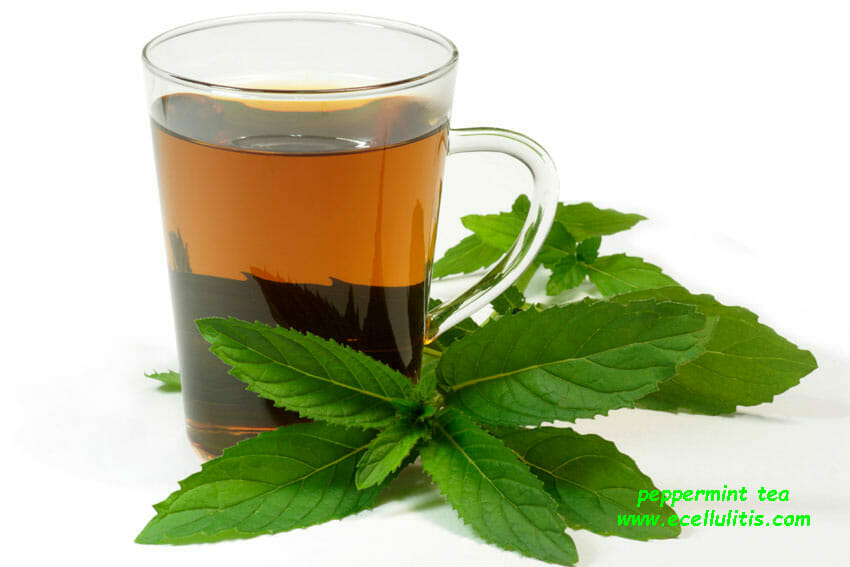 Many herbalist and natural therapists recommended this tea warm-heartedly even before the scientific researches.

It can be used as a cleansing agent because of the antibacterial and antimicrobial characteristics. On the other hand, this naturally caffeine-free tea is also very popular for its decongestant properties, thus it can help with many respiratory problems.

The tea is an especially popular remedy for concentration and alertness.  A study showed that those who only inhaled the peppermint tea stayed focused and alert.

The Benefits of Peppermint Oil

Peppermint oil is extracted from the leaves and stems of peppermint plat, by distillation. The oil is yellowish and very clear. The main constituent of the oil is of course menthol that gives the oil minty aroma and refreshing sensation.

Peppermint oil is used as a remedy for various conditions. The common usage of oil is for indigestion. Many use this oil as a flavouring agent in a food or drink, thus use it as a remedy as well. Just a few drops of oil in warm water after the meal can do wonders for the upset stomach and digestion. When used to help digestion, due to its carminative nature, peppermint oil helps dispel gases. 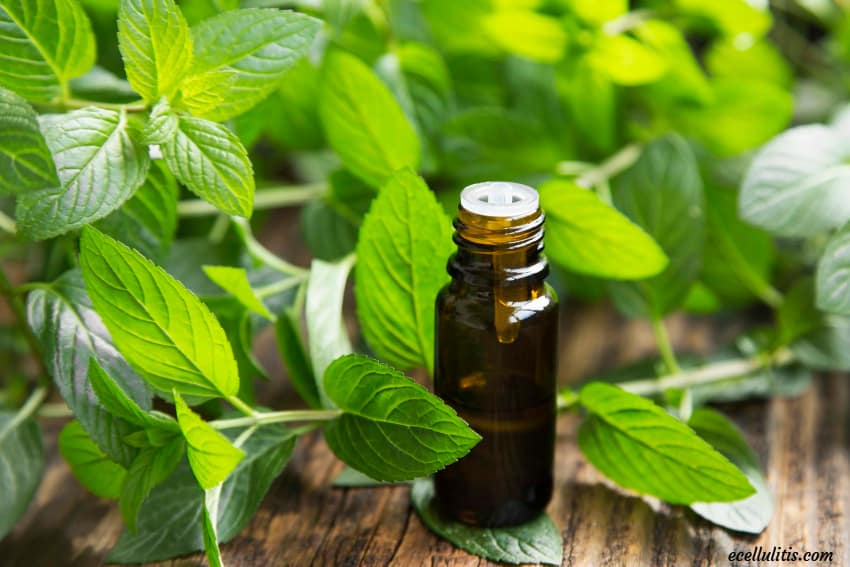 Sometimes it is used to treat more serious conditions such as asthma, sinusitis, and bronchitis. The very popular usage of peppermint oil is to relief from headaches.

Nowadays, when everybody is confronted with stress and nervousness, it is important to know the benefits of peppermint oil. Peppermint can successfully relive the stress, and balance the mood swings and emotions. Drinking peppermint tea once a day energizes the body, while regular usage of peppermint oil in aromatherapy, helps with relaxation of the muscles.

The cosmetic industry also promoted the power and benefits of peppermint in general. Its presence in many cosmetic products is due to its ability to treat dandruff and lice. When used on the skin, it gives the skin shiny and blemish-free look.

It was also noted that peppermint is used to treat acne, menstrual cramps, rheumatoid arthritis, insect bites, and itch, oily and irritated skin.

Peppermint or its oils is not recommended for infants and women who are breastfeeding or pregnant.

In order to avoid skin irritation and allergic reactions, a skin test is advisable for those who wish to use peppermint oil.

In case of skin irritation, peppermint oil can be diluted into extra virgin olive oil. However, in case of irritation one should consult with medical officials before applying it again.

Raudenbush, B. The Effects of Peppermint on Enhancing Mental Performance , Cognitive Functioning, Pain Threshold and Tolerance, Digestion and Digestive Processes, and Athletic Performance.